“With great privilege comes great responsibility.” So says the corrupt old tortoise who runs the town of Dirt in the new animated film Rango. Not long ago, Americans flocked to theaters to hear the truism that with great power comes great responsibility; in one of the biggest hits of the immediate post-9/11 era, Peter Parker realized that he had no choice but to crusade against evil. Americans wanted to believe that being a superpower (or having superpowers, in Spiderman’s case) meant one simply had to go out and beat up the bad guys. The good guy-bad guy matrix is more muddled today than it was in 2002, and the venal mayor of Dirt knows it – he engineers an economic crisis to swindle the town’s citizens out of their land. Big business uses its pliant friends in government to cheat the public and reap a windfall. Where have we heard this one before?

Equal parts Chinatown and Blazing Saddles, Rango offers an inspired reworking of some classic themes in American political culture. Its surrealist visual flair suggests how Tim Burton or Quentin Tarantino might rework the Western genre, while its poignant political narrative manages to connect the pulse of populist outrage that underlies many tales of the American frontier to the politics of today’s Great Recession. The frontier was often the story of booms and busts, and the town of Dirt speaks to a rich tradition of big dreams crashing into bitter reality; given the nation’s latest brush with economic disaster, the adventure of a chameleon who tries to outwit corrupt politicians and speculators seems all too familiar.

This interpretation is no stretch – the message of the film is so straightforward only the most blinkered Tea Partier could miss it. When Rango comes to town, the residents of Dirt are clinging to a meager existence in the scorching desert, where water is the currency of everyday life. They pay their bills with water, and the bank traffics in water. It is the crucial ingredient that allows the farms of the community’s grizzled moles, mice, and geckos to survive. “Control water and you control everything,” the sinister mayor intones at one point, as he reroutes the local water supply to Las Vegas and uses the subsequent crisis to force farmers to give up their land. The political allegory works on two levels, one environmental and one financial. The politicians stand to benefit as precious resources are diverted to both big scale human development and a tiny, rodent-size suburb is built on land the mayor hopes to steal; memories of Chinatown and Los Angeles’s vampiric rise amid the Southern California desert are clear enough.

But the mayor’s scheme also works as a parable of the bailout era. Money is not just a natural resource for the people of Dirt – it is plainly a metaphor for money or capital. A bank run breaks out when one panicked villager announces, “There’s no water in the bank!” The locals are like many Americans, who wondered how the country had so much money one day and then the next they hear that jobs are disappearing, budgets are cut, and the banks no longer have money to lend. We used to have water – where did it all go? It just disappeared? The mayor and his cronies are caricatures of the financial and political elite. The tortoise speaks in an old, patrician voice, snickering with his Eurotrash cronies and playing golf. As farmers, workers, and small businesspeople go belly up, they laugh about getting all the water for themselves. Meanwhile, Rango’s love interest (the requisite feisty heroine/sidekick) dreams of a better world, an impossible place, where “there’s enough water for everybody.” She could be thinking of a socialist promised land where everyone shares resources, but the vision is likelier that of the classic American yeomen/homeowner – landed independence and broadly shared prosperity. This is among the most resonant themes in American politics, pop culture, even economic policy. It reflects a concept of citizenship in which everyone ought to have a piece of the pie, even in the pieces are not the same size; its critical weakness is the perennial conflict between physical property ownership – land, homes, farms – and the paper power of stocks, contracts, and intellectual property. The message of Rango is that there is “enough water for everybody,” but malign corporate interests and their willing collaborators in government game the system to enrich themselves.

Rango, clearly, is Obama. He’s a stranger to the town – “not from around here,” as a local points out. He uses his rhetorical gifts to spin tales that gain the townspeople’s confidence, yet their patience wears thin in the face of straitened circumstances and impending catastrophe. Rango warns the people that they might blindly turn against each other if the water runs out, and a contagion of mob violence remains a constant threat. One angry taxpayer scores Rango for his inability to end the hard times, saying, “You said you’d bring back the water!” Rango implores the people to hold on to hope, to believe in him and the rule of law, yet all evidence suggests that the system is hopelessly corrupt.

The film is not just an allegory of the current economic crisis, but a story that taps into deeper contradictions in the American enterprise. In one of his more improvised turns of speechifying, Rango speaks of “the spirit of the West, the eternally unattainable ideal.” The West has, of course, represented the possibility of economic liberty, usually tied to land, from Jefferson’s ideal of the independent, yeoman farmer, to the westward rush of settlers under the Homestead Act, to the suburbanization of cities like Phoenix and Los Angeles, where each family could (it was believed) tend to their own little patch of paradise.

That these dreams ultimately disappointed many is the stuff of much American historiography. Lenders, borrowers, and speculators in one frontier boomtown after another found themselves overextended, and millions of farmers filled the Plains and glutted world markets with produce. The Populists of the 1890s asked why they sank deeper and deeper in debt even as railroad interests and Chicago financiers grew rich off the sale of their crops. Like the citizens of Dirt and its outlying farms, they wanted to know why the system seemed to benefit only those who did not actually work the land. The recent populist fury against the bailout of Wall Street reiterates the theme of wealth over work; financiers picked the pockets of government and forced ordinary Americans out of their homes, just like the clique who sought to use debt and political connections to force the lizards and rodents off their land in Rango. 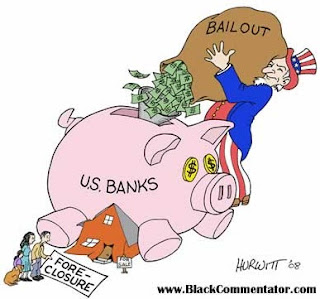 Like any Hollywood film (especially a cartoon), Rango serves up the easy answers. The hero has to confront self-doubt before learning to believe in himself and triumphing over the forces of evil. Significantly, hardscrabble folks who previously did the mayor’s bidding recognize their bond with other oppressed citizens and rally against a common enemy. But the final scenes of the film are more telling, as the artificially restrained source of water is finally unleashed. Something previously scarce – water (capital) – erupts throughout the little animal town and nearly destroys half of it. The locals are thrilled that the water is back again, barely noticing that it has ripped through and demolished many of their stores and saloons. What better metaphor for capital in an age of tight credit and Wall Street profiteering? Rango shows capital’s creative destruction at its most corrupt, creative, and destructive.

Becky Nicolaides, My Blue Heaven: Life and Politics in the Working-Class Suburbs of Los Angeles, 1920-1965 (Chicago: University of Chicago, 2002)

Andrew Wiese, Places of Their Own: African American Suburbanization in the Twentieth Century (Chicago: University of Chicago, 2005)