Since at least the 1950s, scholars have speculated about what the economy might look like when and if manufacturing came to play a smaller role in employment, output, and so forth. Though we often think of the early years after World War II as the heyday of a high-wage, unionized, mass-production economy, the most perceptive observers at the time noticed that manufacturing was already shrinking as a proportion of employment by the late 1950s; even if the absolute number of industrial jobs was holding steady at the time, employment was growing fastest in services such as retail, education, healthcare, and so forth. The young radicals of the New Left took note of these trends in their 1962 Port Huron Statement, and Daniel Bell was thinking and speaking about the shift to a post-industrial society well before his landmark book on the subject was published in 1973—not long after French sociologist Alaine Touraine published his own study.

In the years since, economists, sociologists, and historians have all wrestled with the implications of the diminishing importance of manufacturing within the most developed nations, such as the United States. Actual production of goods has hardly declined, of course; automation has allowed American factories to produce more stuff with less labor, while outsourcing has simply shifted a good deal of production to the parts of the world with the lowest wages and least regulations. While this new economic configuration has been given a variety of labels (post-industrial, service, information), the approaches scholars have taken to studying it have been even more numerous. In the 1990s Manuel Castells’s pioneering work explored why new high-tech industries clustered in places such as Silicon Valley and Austin, Texas; historians John Findlay and Margaret Pugh O’Mara have subsequently examined the distinctive spaces, such as research parks, that evolved where these new industries developed. Howard Brick considered how intellectuals in the mid-twentieth century imagined the possibilities of a postcapitalist order brought on by automation and abundance, while Michael Hardt and Antonio Negri brought together the strands of postmodern political economy and critical theory to analyze the “informational” economy in their grand 2000 synthesis Empire.

Still, our understanding of how people experienced these economic, technological, and cultural shifts remains limited—in part because the subject itself transcends disciplinary boundaries of history, economics, sociology and political science that most scholars understandably find difficult to surmount. To some, the post-industrial past may also seem too fresh or recent to qualify as history. The story of our high-tech future remains unwritten, but these works offer valuable signposts to “tomorrow’s social history.” 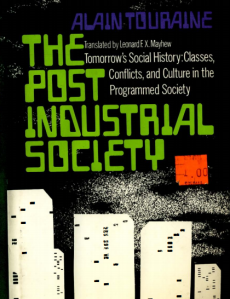 Daniel Bell, The Coming of Post-Industrial Society: A Venture in Social Forecasting (1973)

David Harvey, The Condition of Postmodernity: An Enquiry into the Origins of Cultural Change (1989)—available free online 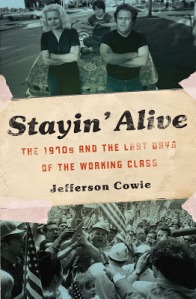 Jefferson Cowie, Capital Moves: RCA’s Seventy-Year Quest for Cheap Labor (2001) and Stayin’ Alive: The 1970s and the Last Days of the Working Class (2010)

Margaret Pugh O’Mara, Cities of Knowledge: Cold War Science and the Search for the Next Silicon Valley (2005) 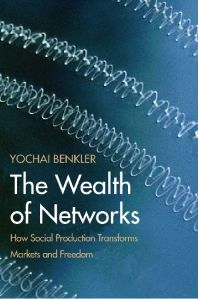 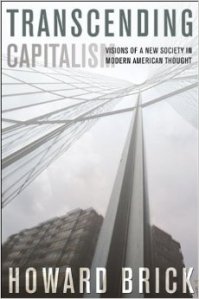 Judith Stein, Pivotal Decade: How the United States Traded Factories for Finance in the Seventies (2011)

For more on this literature, check out our earlier series of posts on deindustrialization and the so-called “FIRE” economy:

Looking for the City of Knowledge

The Rural Roots of America’s Cities of Knowledge

How We Got Here: Stein, Cowie, and Arrighi on the Post-industrial Economy

FIRE and ICE: The Realities of Twenty-First Century Urban Development