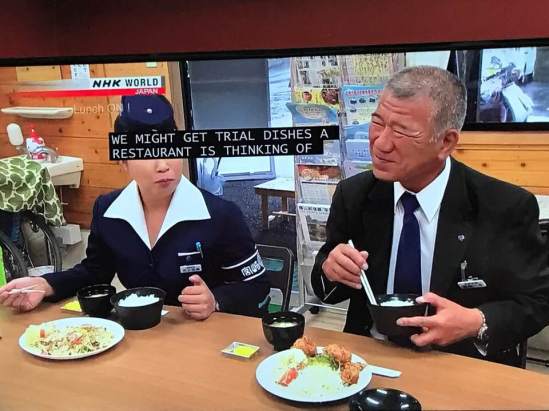 One of the few (very few) pleasures of having cable and paying out an obscene amount of money each month to be hooked up to the Matrix is getting international news channels, such as Japan’s NHK. It’s a relief from the monomania of American news coverage and public discourse to see a perspective from Japan, Britain, Thailand, South Korea, and other countries.

One time, when my wife was out of town, I was browsing these channels and came upon a show called Lunch ON! It has the tone of Mr. Rogers (at least in translation), a kind of PBS kids’ show approach to covering ordinary people and what they eat. Each episode centers on a few different workplaces and the truck drivers, factory workers, and accountants who work there — and what they eat for lunch each day.  It was saccharine and prosaic and I couldn’t stop watching. 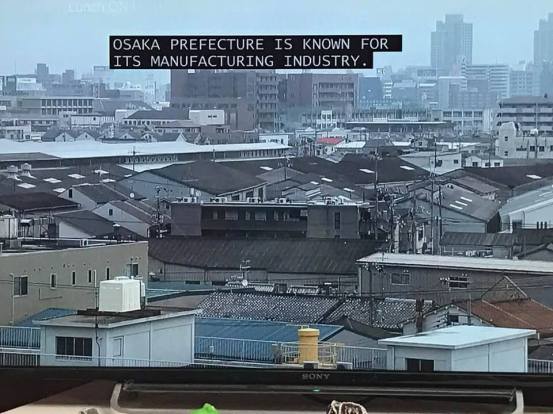 In fact, it’s not really saccharine at all; it just seems bizarre by the standards of lurid, US reality-TV cynicism. The show follows regular working people and inspects how they do their jobs with a genuine curiosity; for instance, one of my favorite episodes follows a man who cares for and maintains a bell in a clock tower. They ask him what his life is like, what he does each day, his marriage, and, most crucially, the bento box his wife packs for him each day. There are stories about garbage collectors, bus tour guides, workers in a brush factory, and more.

Lunch ON! not only dedicates attention to the quotidian work that people do everyday; it also lingers lovingly on the actual food they eat, the stuff of workpails, lunch boxes, and school or work cafeterias. It exudes a great warmth and enthusiasm for regular people whether they are at the top or the bottom of the work hierarchy.

In a way, there is something startling for an American viewer to see in the show — a different sensibility about class and identity that seems distinctly foreign to me. In the US, “working class” is reflexively understood as white male: the “hard hat,” the Joe Six Pack, the Bubba. Never mind that the real working class is made up of women and African Americans, Latinos, Asians and others. This is our weird cultural hang-up, and in the age of Trump, we clearly haven’t gotten over it.  And when we do look at “working class” people, it’s usually with the colonizing eye of Honey Boo Boo or Duck Dynasty or Hillbilly Handfishin’. 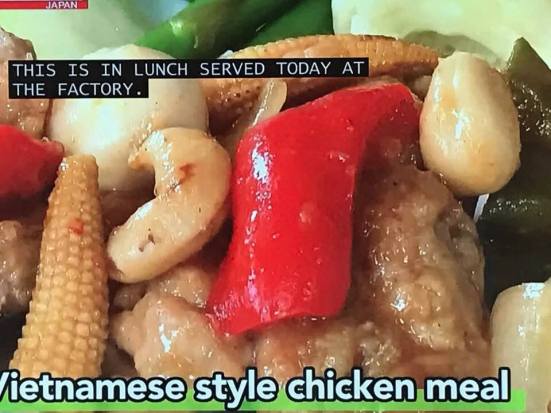 Lunch ON! shows us something different: a world where ordinary working people could be viewed as not that strange or otherized, but just people doing a job and eating food out of a bento box. In a comparatively more homogeneous society, class does not appear to be as closely tied to ideas about race or ethnicity. It’s like Studs Terkels meets Top Chef, HGTV, and Antiques Roadshow.

The genuine and unguarded sincerity of the show — as well as the delectable dishes of workaday Japanese  cuisine — has been an unlikely salve in a dark and unpleasant year.  Tuning into Lunch ON! is like an IV drop of klonopin, hydrocodone, and fantasy. Watch it to see the wonderful food and the gracious, thoughtful workers who make the world what it is. Like a Man in the High Castle frequency from another world, it shows us a place where people are nice, their work is respected, and lunch is always delicious.

P.S. There is a rather strange episode about a window factory that employs Vietnamese migrant workers, in a country that is generally not known for being super receptive to immigrants. It appears to try very hard to be inclusive and non-jingoistic in narrating their story, but the result is oddly paternalistic.