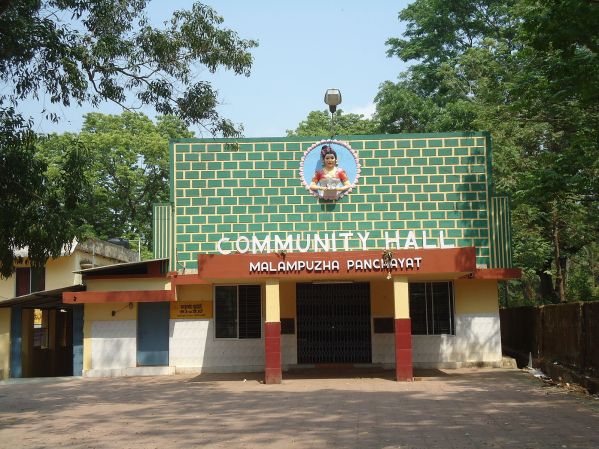 What do the CIA and Gandhi have in common? Both were advocates of what Daniel Immerwahr, professor of History at Northwestern University, calls “community development.” Immerwahr defines community development as the idea that global poverty can be alleviated by “bottom-up participation:” through decentralized democracy, civil participation, and intimate community. Community development is often understood to be opposed to more influential modernization theory: the idea that “top-down industrialization” is the key to raising all boats (42). Despite a few setbacks, Immerwahr’s book Thinking Small: The United States and the Lure of Community Development (Harvard University Press, 2015) makes its case convincingly. His case studies of community development urge historians to abandon their fawning commitment to “community.” It has blinded them to the realities of the small scale.

Immerwahr’s first two chapters focus on the development of the communitarian philosophy in the United States, the foundation of what would become community development. Many artists, intellectuals, and policymakers grew weary of an increasingly mass society in the 1930s. The dominant modernization theory of the time favored the so-called march of progress: according to which society was ideal when it was characterized by industrial institutions, “governed by urban norms, shaped by bureaucratic practices, [with] centralized” decision-making and policies (ix). In response to massive, modernist society, communitarian thinkers promoted “small scale social solidarities and encouraged democratic deliberation and civic action at the local level in an effort to embed politics and economics within the life of the community” (4) .This “grassroots democracy” aimed to protect the sanctity and specificity of naturally occurring communities from the stultifying sameness promoted by modernization. The problem, according to “groupist” social scientists, was that the large-scale was alienating: their salvation was thinking small, instead. The small community, for them, was the foundation of society and healthy small communities, engaged in democratic deliberation, would surely mitigate social woes. Communitarians identified “scale as a central issue,” claiming that the centralizing tendencies of modernization undermined bureaucrats’ ability to satisfy the needs of the poor (7).

These chapters comprise at a cultural history of the communitarian disposition. Immerwahr relies on a diverse source base to paint this picture: Norman Rockwell’s paintings; E.B. White’s writings; articles by Chicago School anthropologists. At every turn, Immerwahr proves himself a sharp analyst. Close readings like the ones in this section are usually the domain of art historians and philosophers. But instead of mere endogenous interpretation we come away with an understanding of how the ideas he explicates affected the wider world—this is exogenous intellectual history par excellence.

When the communitarian impulse was applied to the practical (and political) problem of alleviating poverty, it became “community development.” The groupist social scientists hired by the foreign policy establishment from the 1930s to the 1960s thought that people in the global South were uniquely tribal compared to Northerners. Community developers believed that Southern people themselves should decide what their needs were, without the imposition of U.S. aid which forced modernization on them. At base was the understanding of the particularity of various communities: these communitarians hated above all the universalist conceptions of the modernizers. Modern society threatened the precious and unique small communities that made up their world, and was the source of the equally reprehensible ideologies of communism and Nazism.

While Immerwahr agrees with other historians who write that modernization theory dominated the mid-century, his focus on communitarian anti-modernism shows that community development increasingly influenced U.S. policy, particularly abroad. Growing out of communitarian New Deal and wartime programs, community development became the dominant foreign policy in the postwar era. While popular anti-modernism created a domestic audience large enough to support the works of communitarian thinkers such as Jane Jacobs, Jacob Levy Moreno, and Sinclair Lewis, community development made its presence felt most beyond U.S. borders. Government-backed groupist anthropologists took their idea of grassroots participation in development to postcolonial societies in an effort to fight communism and bolster claims to U.S. international power. This section makes use of the writings of social scientists and policymakers to make its point. Community development policy took hold abroad, claims Immerwahr, because of America’s ascent during decolonization; the racism that allowed social scientists to assume that Southern peoples were somehow more tribal and community-oriented than Northerners; and because of certain anti-modernizing, communitarian tendencies in community development’s testing ground: India.

In India, where community development was first tried by U.S. anthropologist-policymakers, efforts to instill decentralized government and peasants’ participation in local affairs were easily co-opted by the elite during the 1950s. Immerwahr’s case study of the city of Etawah bears this out, relying on both secondary sociological literature and policy papers of the time. There, community development did little to challenge the caste system. Local Brahmins, by dominating the decentralized councils promoted by community development policy continued to control the poor. The communitarian assertion that poverty could be alleviated if only the poor and the rich sat down and really understood each other’s point of view did not make Etawah (or greater India, for that matter) more egalitarian but more unequal during the postwar era. The modest infrastructural improvements undertaken by community developers improved the bank accounts of the already rich, and did little for the poor. Most importantly, community development actually stunted social protest by peasants in India’s Etawahs. It replaced the horizontal bonds of poor people with vertical ones between landowners and their exploited landless. Only in the province of Kerala, the poorest state and the one least influenced by elites, did horizontal peasant bonds remain intact. There, community development translated communitarian working-class solidarity into social protest. The resultant Marxian government transformed Kerala from India’s least equal province to its most equal by the end of the community development program in the 1960s. Community development could alleviate poverty, argues Immerwahr, only if horizontal bonds were maintained and only if those bonds encouraged combative protest aimed at social forces emanating from outside of the local context.

The CIA took note of the Indian example. Understanding community development as a potential method of controlling the poor and as a tool for suppressing peasant movements for transformative social justice (read “communism”), U.S. foreign policymakers exported the strategy to the Philippines in the 1950s. Using it was a testing ground for community development as counterinsurgency, C.I.A.-backed right wing Philippine politicians used the vertical relationships between landowners and peasants promoted by local governance to destroy horizontal bonds between the landless. They then took this method to Vietnam. Endearing peasants to their oppressors, where these oppressive elites were present, kept right-wing, pro-American governments in power. The policy papers cited in this section come both from the Philippines and Washington.

The final chapter uses government reports, sociological writings, and correspondences to show that community development, perfected abroad, came to influence the War on Poverty at home. Immerwahr argues that while community development was a product of the global South’s suspicion of the North’s modernization theory, by the 1950s the South had come to favor a quasi-modernizing approach to development while the U.S. turned towards community development. Suddenly aware of the poverty of their fellow countrymen and women, community developers began to treat black “ghettos” as underdeveloped nations (or “urban villages”) in the early 1960s. Urban community development in the U.S., specifically the Community Action Program, led to increasing social action by the poor. Immerwahr argues that while local elites were able to use community development to maintain inequality in Etawah and the Philippines, the lack of an elite in the segregated, poor ghettos meant that African Americans used community development to mount attacks on large social injustices á la Kerala. The Community Action Program, characterized by “the direct participation of the poor,” was cut back quickly because it posed a threat to the social order (161). In the mid-1960s, the government debuted “mixed participation” community development, characterized by the supervision of the very city officials (responsible for the creation of the ghetto) that black urbanites opposed (161). By the 1980s, Community Development Corporations, increasingly led by local capitalists and even white suburbanites. These American “Brahmins” came to value rising real estate prices over social justice, as these communities took on the task of economic development which had been previously the responsibility of the federal government (161). To put it another (my own) way, Bedford–Stuyvesant became not Kerala but a domestic version of Etawah.

As mentioned before, Immerwahr’s account relies on a diverse source base to make its arguments. Thinking Small is at once an intellectual, social, political, and cultural history of the community development/modernization debate. Using artworks, social science studies, and policy documents, he makes a convincing case that the grassroots are not inherently liberatory, and that community developers seriously misunderstood (and misunderstand) how power plays out in a similar way on the local scale as it does on the macro scale. Thinking small, he argues, won’t necessarily eliminate global poverty. The major analytical lens applied by Immerwahr is that of the world-systems, dependency theory of Raul Prebisch. Immerwahr points out that this analysis was another influential repudiation of modernization theory. But it did not succumb to the idea that small-scale thinking was necessarily better than large-scale analysis. Nor does Immerwahr: his source work shows the value of a critical approach to dogma.

The biggest bone I have to pick with Thinking Small is its discussion of community development in the United States. I find dubious his assertion that “the on the ground elite that used informal mechanisms to exert social control over the poor in overseas villagers was largely lacking in the impoverished neighborhoods of the United States” (161). But predominantly black neighborhoods have always been economically stratified: even more so than they are today. In the 1960s, before the massive suburbanization of the black middle class, places like the South Side of Chicago had more local elites then than now. And black middle-class politics of respectability and capitalism (not so different from those of their white analogues) sought to control the black underclass then, too. While white society is ultimately to blame for the failure of community development to fight poverty in the ghettos, the black middle class played its part. William Julius Wilson has argued as much.

This does not dissuade me from stating plainly that Thinking Small essential reading for any scholar interested in efforts to alleviate poverty. Within and without the academy, we are witnessing a resurgent interest in the grassroots. After all, as Immerwahr notes, Barack Obama rode to power with his credential as a community organizer. Too many people think that their vaunted community development strategy has never been tried: that the bottom-up approach as always been suppressed by top-down ones. Immerwahr warns against idealizing the vague ideal of community. He moves community “from the altar to the dissection table” (184). His exploratory surgery leads to a diagnosis: community development is afflicted by the malady of misunderstanding how power influences both small- and large-scale politics.We won’t make society more equal simply by engaging in community-based group therapy. But structural challenges to global systems of resource allocation, whether by protest or import substitution industrialization, might.

Eric Michael Rhodes is a graduate student of urban and planning history at Miami University of Ohio. Eric studies how U.S. subsidized housing policy played out in the rusting Steel Belt of the 1970s, with a particular eye to racial and economic stratification. He is an associate editor of Origins: Current Events in Historical Perspective (a joint publication of Miami and Ohio State universities) and is co-host of the podcast History Talk. Follow him on Twitter at @EricMichaRhodes.