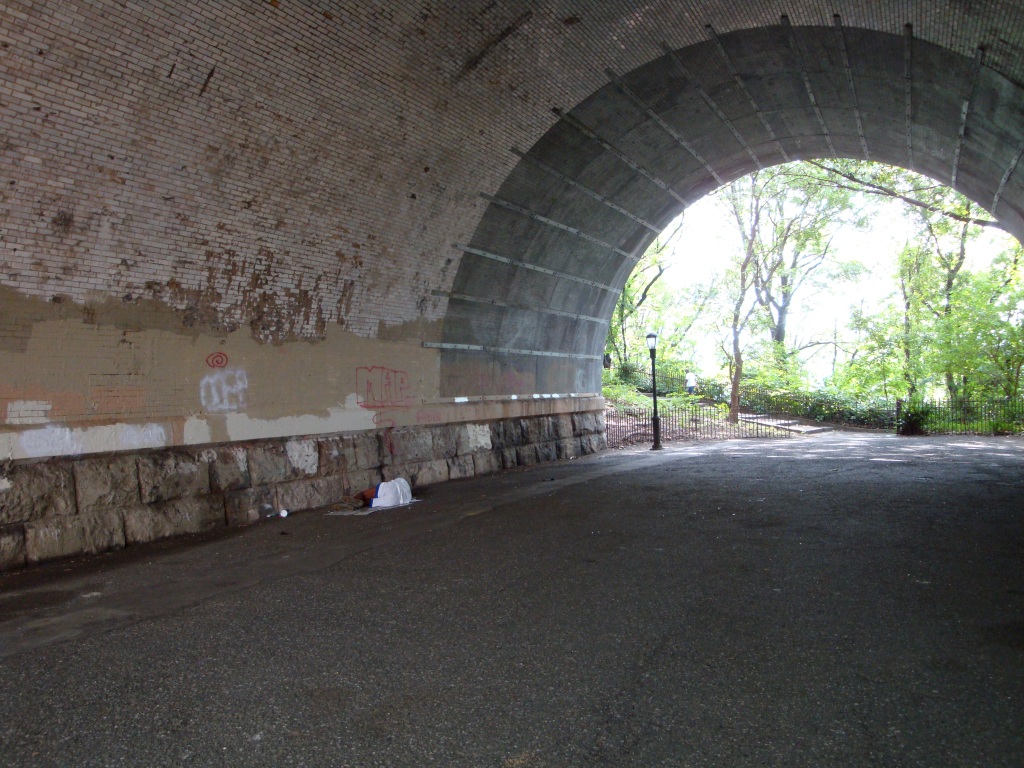 I believed in solidarity. I believed in the ability of oppressed peoples to recognize their common struggles as the condition for their own liberation. This was at the core of my politics and scholarship dating back to my red-diaper baby days. But when I took a course on Race in the Archive with Dr. N.D.B. Connolly at New York University in 2016, I felt I was going it alone. Wedded to a politics grounded in recognizing commonalities, I mentally and vocally resisted the alternate political paradigms stressing difference and intersectionality I encountered in that seminar. In retrospect, my mindset and behavior were completely at odds with the values of connection and empathy I thought I was fighting for. But I was only able to recognize this self-defeating pattern through that notoriously “self-involved” practice of mindfulness. Let me explain.

Mindfulness is currently ranked with “TED Talks” as a liberal shibboleth. Like religion when misapplied, mindfulness can remove us from facing suffering and taking political action– the one by self-transcendence, the other by self-involvement (Sleep better! Feel Happier!). It can frame broad structural challenges as personal challenges rather than as conditions to be transformed.  In short, mindfulness without a radical political vision behind it is everything its critics say it is.

And yet, after twelve years of painstakingly cultivating a political philosophy that emphasized solidarity and social activism—characteristics that critics of mindfulness often trumpet—I was no closer to effectively acting on them. It was mindfulness that helped me recognize that I was getting in my own way; that my hostile responses to those who disagreed with my ideas around solidarity was undermining my goal of actually fostering it. Mindfulness helped me recognize how my aggressive responses to alternate political paradigms in seminars like Dr. Connolly’s were grounded in unquestioned, and largely unnoticed, habits of thought that I had inherited from my own fears and convictions.

Finally, mindfulness helped me realize that what we study and fight for, and how we study and fight for it, is invariably shaped by the stories we tell ourselves about what we value, what our talents are, and what we fear and love. While many of us are quite reflexive about the contents of these self-conceptions (I like X, I don’t like Y), the way we hold them–tightly or loosely, defensively or openly–is just as important in shaping our scholarly and political development.

I want to narrate how I caused myself unnecessary suffering, and suggest the methods that helped me recognize, if not transcend, this damaging relationship. I relate it not because I have found “The Answer,” or because I believe reflexivity is the cure-all for any grad-student woe (I don’t). I relate it because successful political action, as well as scholarship, depends on us recognizing and questioning our biases.

My initial interests in urban history were framed by my unacknowledged privileges on the one hand and my conscious feelings of social alienation on the other. In high school my parents, wary of sending me to the “underperforming” high schools in my urban hometown of Hoboken, sent me to a private one in the suburbs. I soon associated the suburbs with my adolescent loneliness and introversion, in contrast to the freedom I felt in Hoboken and especially in nearby New York City. After taking a few college-level history courses, I layered a historical-political theory on top of this social interpretation: suburbs equaled postwar conservatism, cities with New Deal liberalism.

Why would each locality create such different politics? My rather simplistic answer at the time cited public space as the chief variable – where groups could mingle (cities) there was a chance of tolerance and progressive collective action, and where they couldn’t (suburbs) people only cared for themselves. This is in many ways a naïve vision, with a blindness to both the subtle and overt displays of power common within liberal political analysis. But I was also a person who would start to cry (and I still do) in relief and joy whenever I felt that someone was not judging me or trying to hurt me. I needed to believe, for my own sake, that encounter could equal acceptance – even as I entered almost every social encounter with inherited anxieties and fears. I enrolled in graduate school with this kind of fragile self-image lurking behind my scholarly agenda of examining how the public spaces of cities affected inter-group relations.

This mission, with all my personal fears and dreams attached to it, both unleashed and inhibited my scholarly development. Although I read widely during those years, it was largely in order to build up, synthesize, and justify what I already knew. Epistemology, social theory, ontology, aesthetics, urban design – I read on all these topics, building up an edifice in which every theory was mutually reinforcing. Moreover, I was extremely defensive of this edifice – any criticism was an attack on what I felt to be my personal ethics. In this way, much of my energy in graduate school was wasted checking the internal and external integrity of my existing beliefs.

This mindset was not exactly conducive to scholarly productivity. While my early papers and articles were competent at wrapping up historiography and mechanically applying a “Deweyan lens,” my actual research efforts were narrow examinations of public space that fell short of my ambitions. This became particularly evident when choosing my dissertation topic; I would create endless lists trying to select a topic that would simultaneously embody my values, upend the political world, impress the scholarly community, and be completed in five years. Ultimately, I left my first graduate program without having begun it.

Fast forward several years, I worked at a local government advocacy non-profit, served as a planner in the Occupy movement, re-enrolled in graduate school, and watched Trump win in November 2016. None of these experiences changed my political beliefs in the slightest, except in making me slightly more bitter. It wasn’t until the Fall of 2017 – frustrated with the cycles of anger and self-doubt that continually overwhelmed my scholarly and political mindset – that I tried something new.

For too long I had engaged in unreflective reflection – trying to amass characteristics, fears, traits, goals, quirks that together comprised the “real” me.  The kind of therapy I had taken only reinforced this behavior by encouraging me to find the “root causes” of these traits (which is disconcerting for a historian). Shortly after I re-applied to graduate school, however, I began to take another approach: Acceptance and Commitment Therapy (ACT). ACT encourages me to identify and sit with my responses to negative thoughts and feelings, rather than trying to eliminate them by determining their origins (as in classic analytic or cognitive therapy) or by trying to mechanistically change them (as in older forms of behaviorist therapy). Whereas I had formerly bored my therapists with endless analysis over whether or not I was “really” being victimized in a social situation (to take one example), ACT turned my attention to my own reactions to this interpretation – fear, anxiety, and anger – and to inquire how these emotions and feelings were structuring my behavior.

What I found was at once banal and upsetting. Rather than being the author of my thoughts, I became aware of how many of my negative thoughts were prompted out of habit. I saw how I was habitually responding negatively to certain situations (a tweet I disagreed with) or even to certain words (“Identity Politics”). The elaborate causal chains my mind produced when faced with a differing opinion – they think X, therefore they are Y, so I must Z – arose instantly and wholesale, with scarcely any chance for me to consciously examine the situation and perceive whether any of my assumptions were true. Through ACT, my goal of defining and reaching a single standard of scholarly and political wholeness began to co-exist with a gentle but insistent questioning of how my reactions determined my behavior. Moreover, ACT enabled me to see how my reactions were moving me further from my values, ultimately causing myself and others unnecessary suffering.

Where does all this leave me? Right now I’m working on a dissertation that in some ways expands on my earlier research interests. But today, I try not to see my research as the deepest and fullest expression of my “species-being.” My research interests are no longer tasked with connecting to and reflecting my full range of values –freeing me to actually pick a topic and start writing. On a similar note, I still value solidarity as a goal and principle, but I no longer assume it takes the importance and form I formerly gave it. Having returned to the readings from my Race in the Archives course, particularly the writings of Audre Lorde, I see the relation between difference, commonality, and political praxis in a more complex (or at least different) way than before. Perhaps something is lost as a result, but I find that by holding my beliefs more loosely there is more room for them to breath and for me to be genuinely curious about what I will find in the archive and through my activism.

Moreover, I find I have far more energy to do both when I’m not constantly cross-checking my activities to evaluate their ideological consistency. By loosening the reactive self-conception I had spent my adolescence developing, mindfulness helped me develop a more robustly intersectional politics. Anxiety has a habit of blinding people, especially white middle-class heterosexual men, to the privileges they enjoy. I was no different, and at the risk of hypocrisy I will attempt to do better than I have been to fight more responsibly for all peoples.

Of course, mindfulness and introspection are not substitutes for activism. However, the anxiety-driven habits we sometimes develop to protect our ideals, particularly when those ideals are conflated with our sense of self, can lead to intellectual reactivity and political paralysis. This is particularly the case in academia, whose culture tends to valorize a singular self that must be built up and defended through competition, through “expertise,” through criticism, and through innumerable other mechanisms. For too long I was caught up in this culture, and suffered the consequences. I wish I had come across ACT and its lessons in mindfulness sooner. But now, after many years, its principles have helped me open up in such a way that I can work more effectively as a scholar and as an activist.

This piece was originally published in 2019 with the title “Solitude and Solidarity: The Necessity of Mindfulness in Activism and Scholarship.”

Daniel Wortel-London is a Ph.D candidate at New York University, where his research focuses on struggles over urban public finance policy in New York City between the Gilded Age and the Post-War era. He received his Masters from the CUNY Graduate Center, and is currently a scholar-in-residence at the Hagley Museum as a Jefferson National Scholar and a Louis Galambos National Fellow in Business and Politics. He can be followed on Twitter at @dlondonnyu.