From New York’s graffiti wars of the 1980s to the political street art of Banksy in the 2000s, the role of art in public space continues to stir controversy and debate.  Under the divine tutelage of Mayor Ed Koch (such a singular historical figure that NYC lamely attempted to rebrand the great Queensboro Bridge in his honor), New York spent millions trying to eradicate the menace of spraypainted tags and murals from subway cars, adding to the myriad ways that young people, mostly of color, were criminalized amid the urban crisis of deindustrialization, unemployment, and drug addiction.  (See Jeff Chang’s Can’t Stop Won’t Stop for more on this history.) Due in part to the pioneering studies of street art by the likes of Henry Chalfant and Martha Cooper, as well as the art world’s embrace of visionary talents like Basquiat and Keith Haring, graffiti earned mainstream cultural capital by the 1990s.  More than just a defacing of public space, street art could be a lively element of the urban landscape, and walls and sidewalks could offer a new medium for artistic expression.

(Scroll down for a tour of public art in Atlanta.)

The aesthetic and political reassessment of graffiti in the 1980s and 1990s also happened to coincide with the gradual migration of the college-educated middle class back to the city, as gentrification in some ways reversed the effects of white flight and artists and professionals (the “creative class” of Richard Florida’s theory) revitalized depressed urban areas with their spending power and cultural predilections.  Atlanta is a paradigmatic example of the long-term historical forces that generated the abandonment of urban life by the white middle class, the rise of the “chocolate city” and black political power, and the redevelopment of “in-town” neighborhoods by bohemians and punks and a new middle class.  In the process, a rogue cultural form (graffiti), which once exemplified black and Latino/a creativity as well as a spirited disregard for public and private property, became another part of the urban culture that is almost universally described with the adjective “vibrant.”  (How often have you heard something described as a “vibrant” community?)

Atlanta’s current built environment contains multiple layers of the illegal, the commercial, the civic, the random and the inexplicable in terms of publicly viewable artistic forms.  This photo essay looks at everything from true graffiti (unsanctioned and generally unlawful) to business signage and logos to officially endorsed murals and mosaics.  It adopts a capacious definition of what “public art” means–not just an artwork commissioned by city authorities on public property, perhaps the traditional meaning of something public, but anything the average person could see in the course of daily life, in any space where paying money is not the cost of admission.  (For example, we have excluded any art that can only be seen in a private space like a bar, restaurant, store, or gallery, but we have included part of a mural in Decatur’s Patel Plaza, which can be seen simply by walking down a hallway lined by desi-oriented jewelers, wedding facilities, and restaurants.)  The point is to capture some of the texture of ATL’s rapidly evolving visual culture, in particular the split between those cultural expressions that are spontaneous or at least not planned or coordinated by public authorities or commercial interests and those that represent a conscious plan to enhance the city with injections of culture.  This statement is not meant to disparage organized efforts to beautify and color in the innumerable facets of Atlanta’s often decayed and colorless landscape, but to acknowledge an implicit conflict between the political status of traditional graffiti or street art and the forms of art that are now officially sanctioned in tandem with projects of twenty-first century urban renewal.

For instance, the annual Living Walls conference has brought public artworks both magisterial and modest to Atlanta’s landscape in recent years, coating building sides with paint from the hipster hovels of East Atlanta to the black precincts of the West End and South Atlanta. The title of this essay comes from a piece in formerly working-class Reynoldstown, where Sarah Emerson’s lavish, candy-colored mural under an overpass of the proposed Beltline was tagged (some would say defaced) by an angry artist who disagreed with the basic premise of “Living Walls.”  As far as this individual was concerned, putting up Walls that Live meant that the walls were dead before–a protest against the public and private stakeholders who authorized the art as well as the prospect of gentrification sped by the Beltline and the middle-class colonization of neighborhoods like Reynoldstown and nearby Cabbagetown in general.  Reynoldstown lacked little in the way of old-school graffiti prior to the Living Walls project, and the traditional practice of tagging walls and painting over other people’s works in a zone of essentially illegal expression ran headlong into the concept of public art that the creator signs with her own name and the date in the corner.  To some, Living Walls may seem to imply that the walls of in-town Atlanta were lifeless until a new wave of artists came along, but the landscape of Atlanta suggests otherwise.  This clash is part of the public dialogue in Atlanta, and emblematic of the tectonic plates of an older, less regulated urban culture rubbing up against a newer, development-oriented discourse of capital-c Culture, Creativity, and Class.  Fortunately, in ATL, these two are not always mutually exclusive, as the following photos (taken over two years) attest.  (You can scroll over each image to see information about its location.) 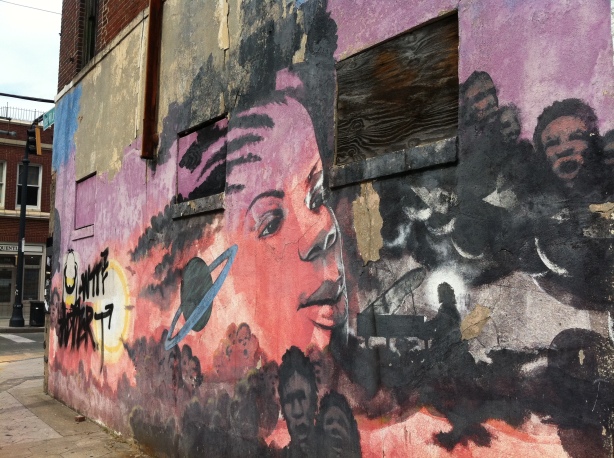 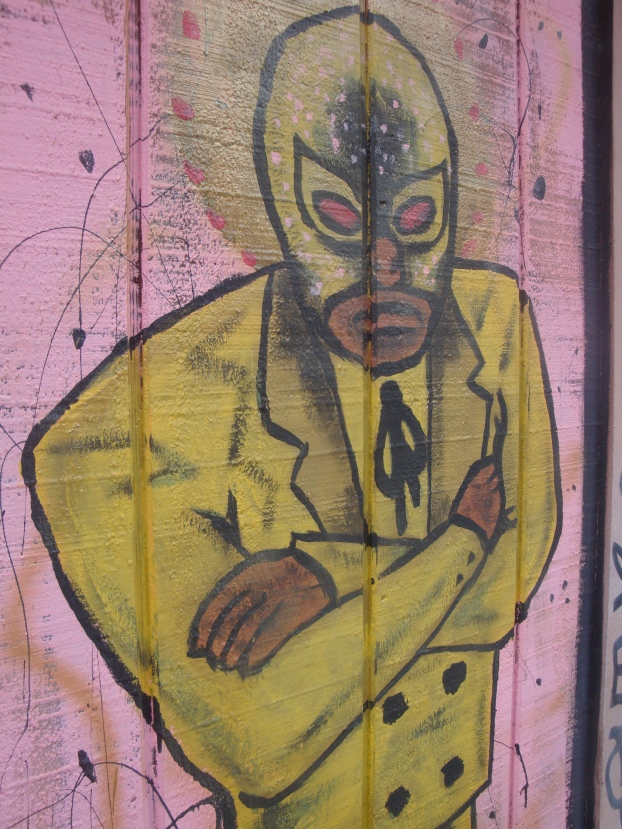 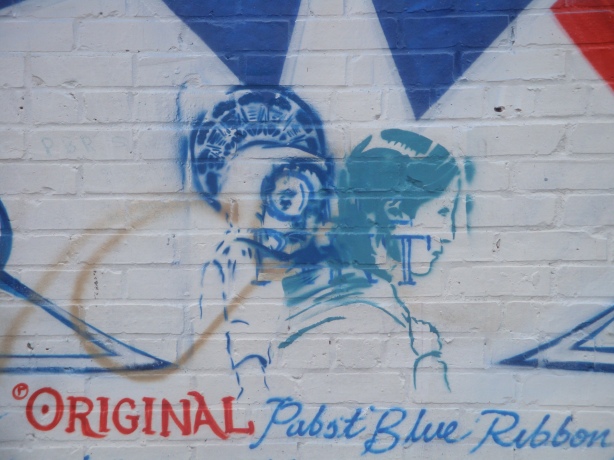 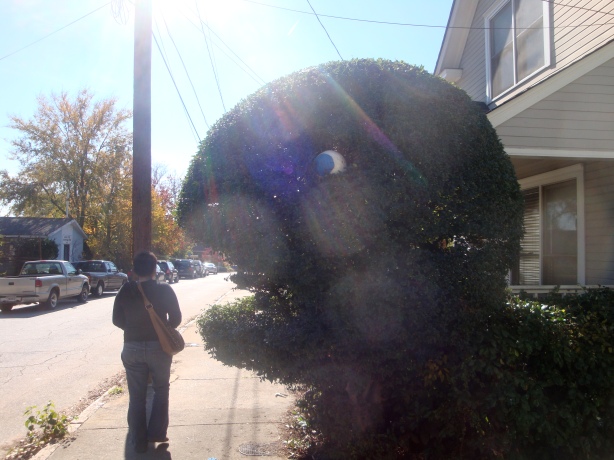 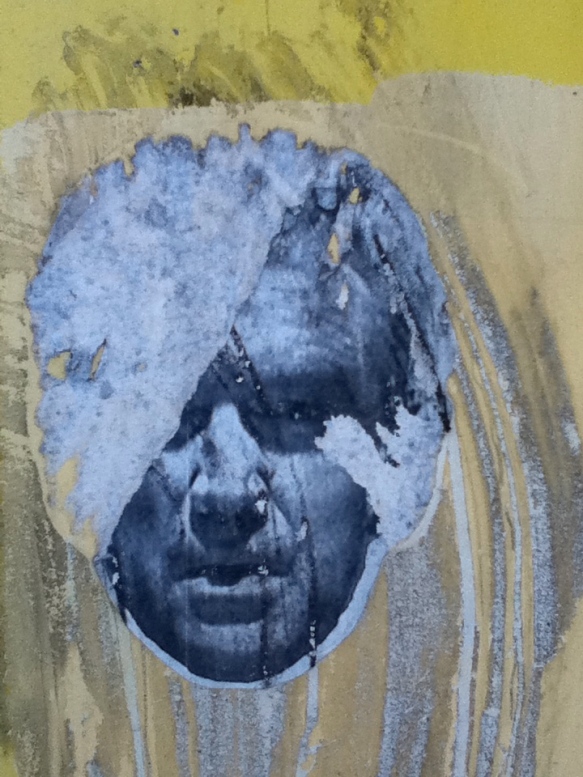 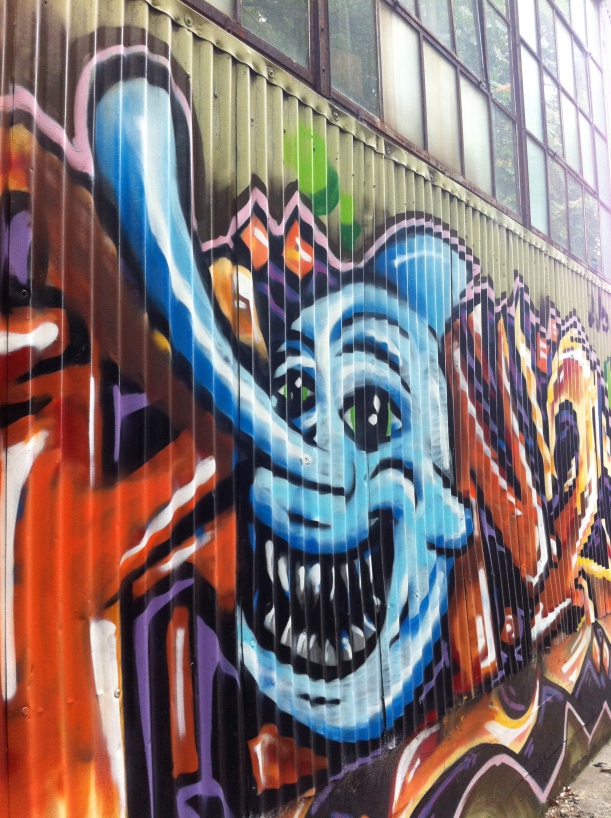 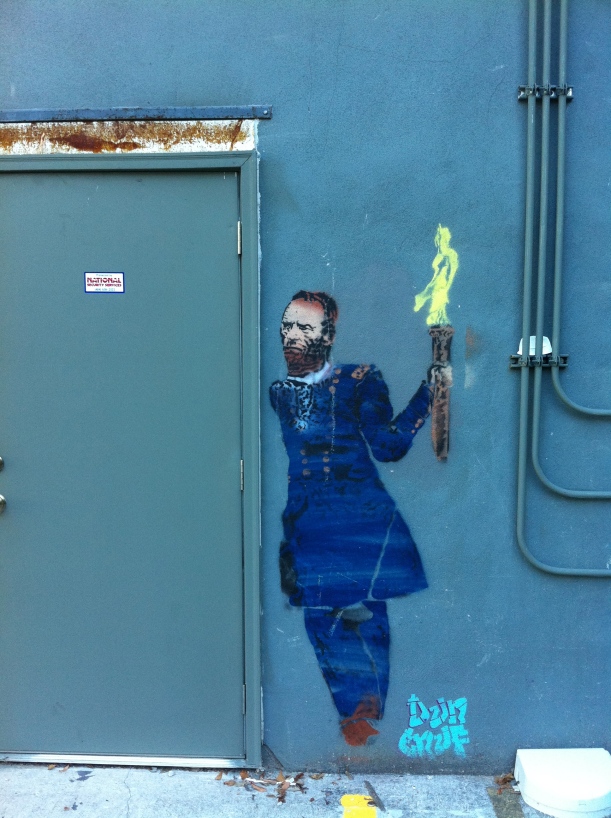 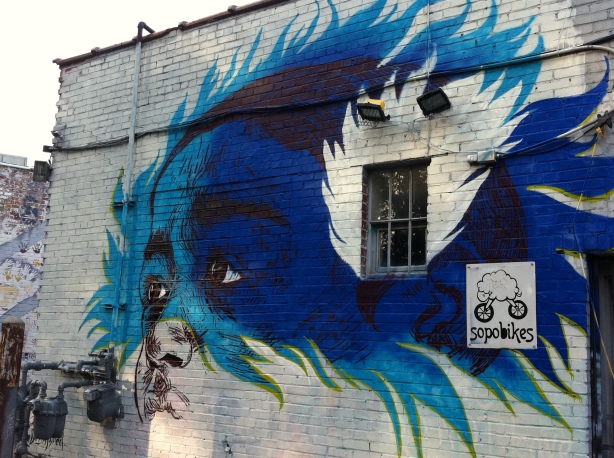 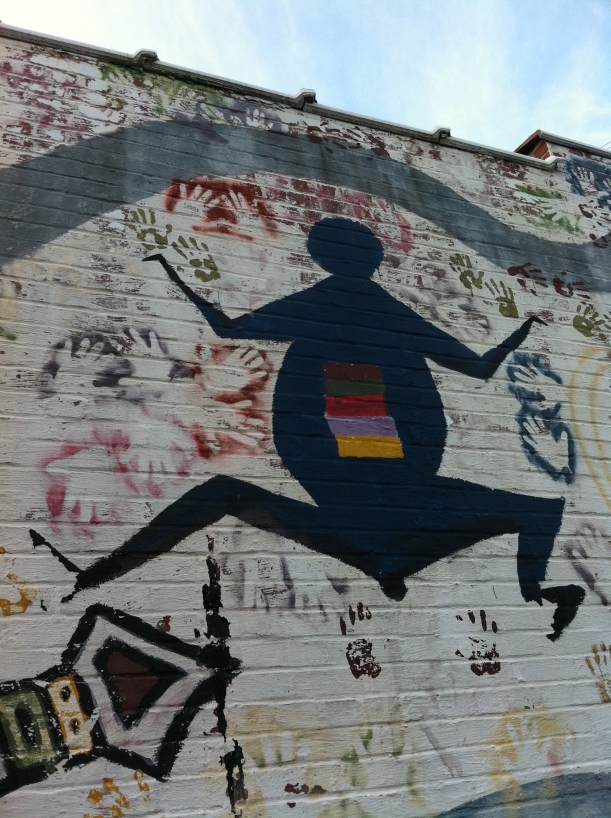 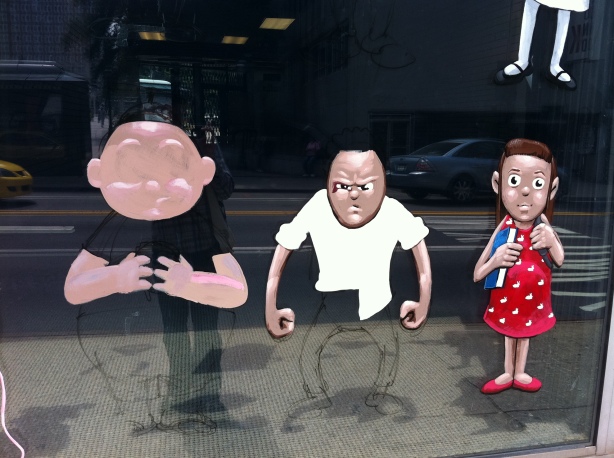 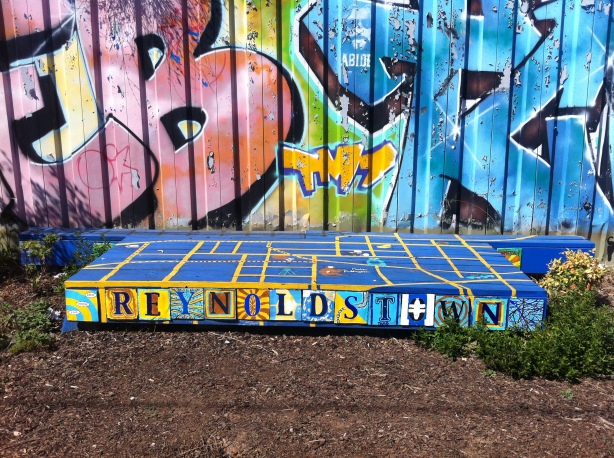 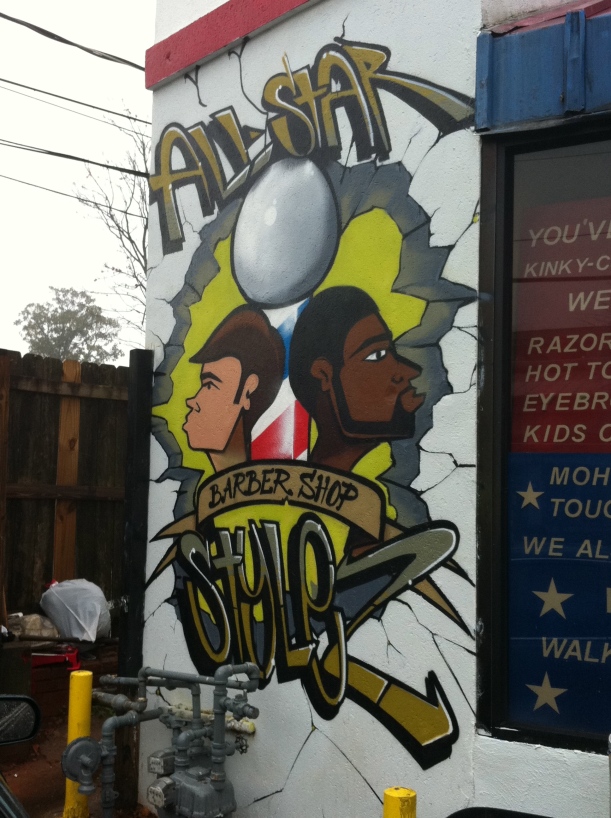 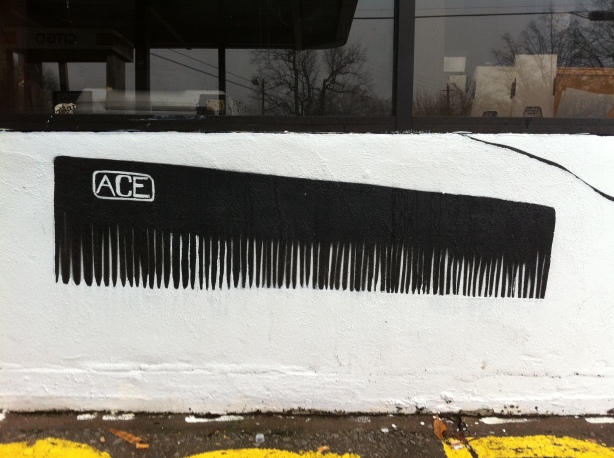 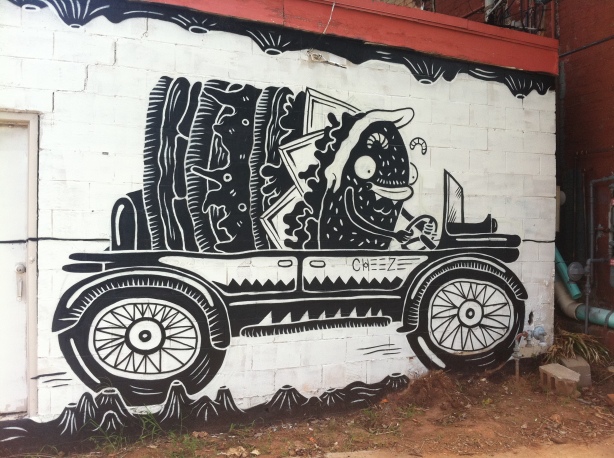 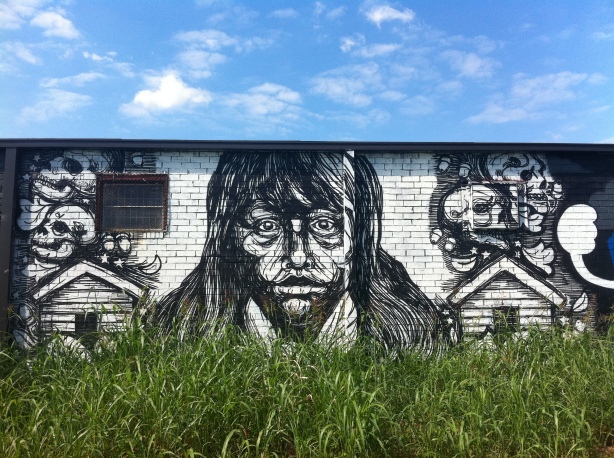 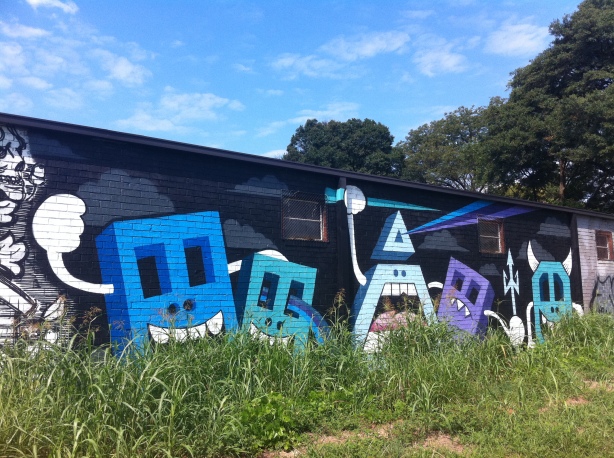 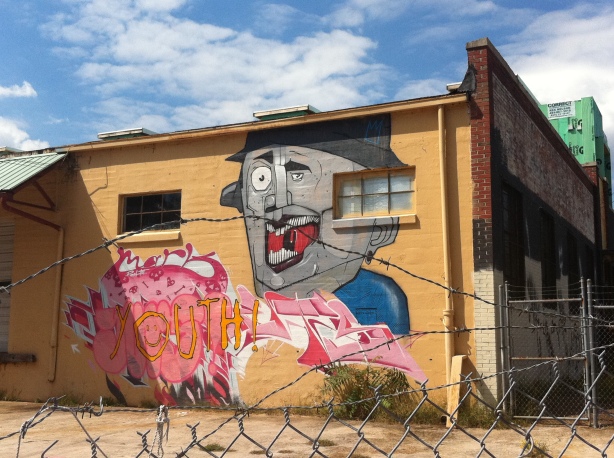 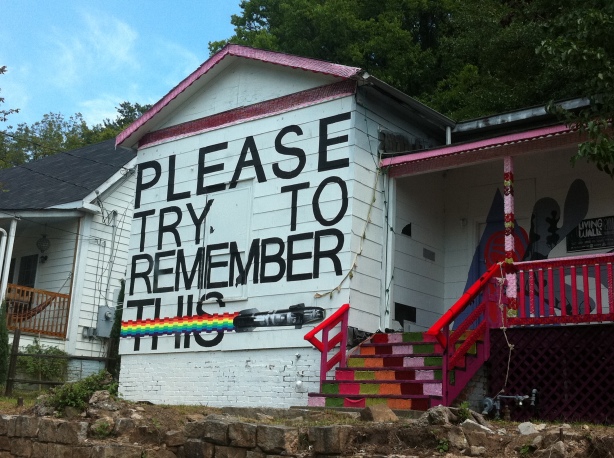 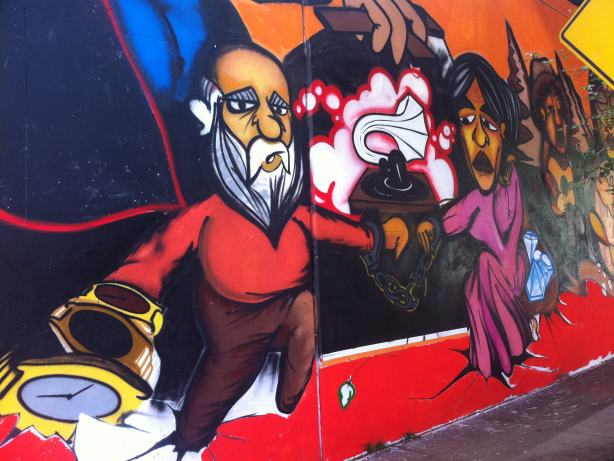 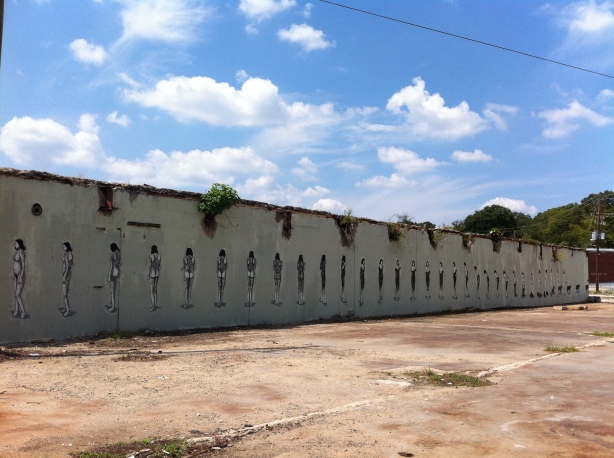 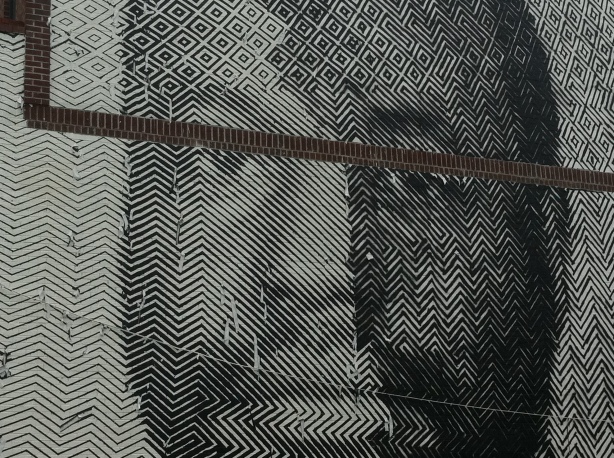 Art on the Beltline 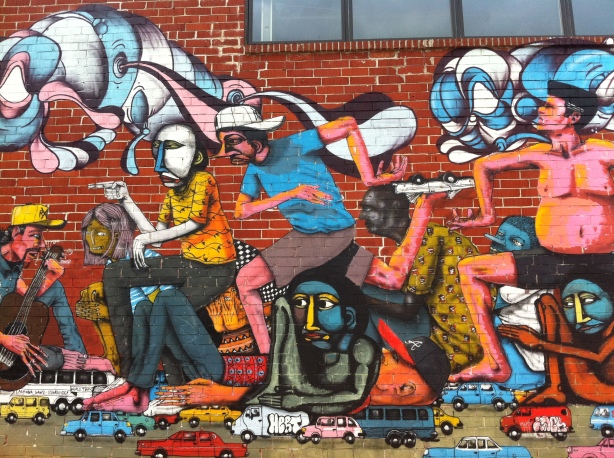 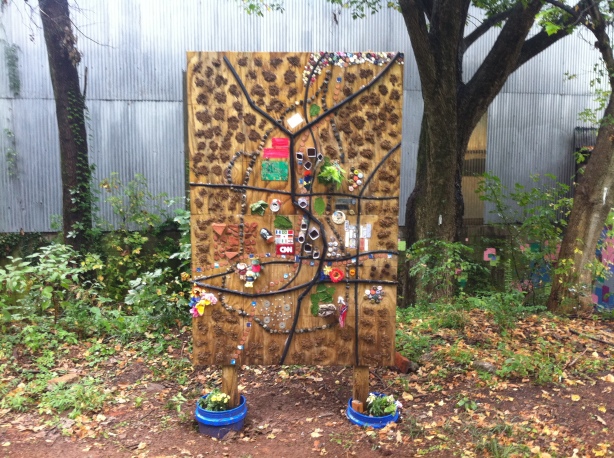 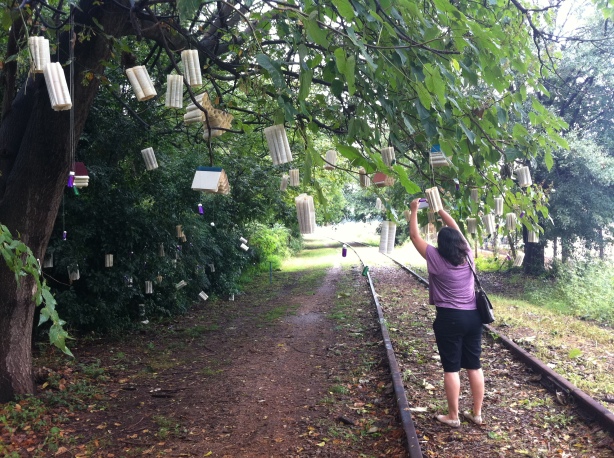 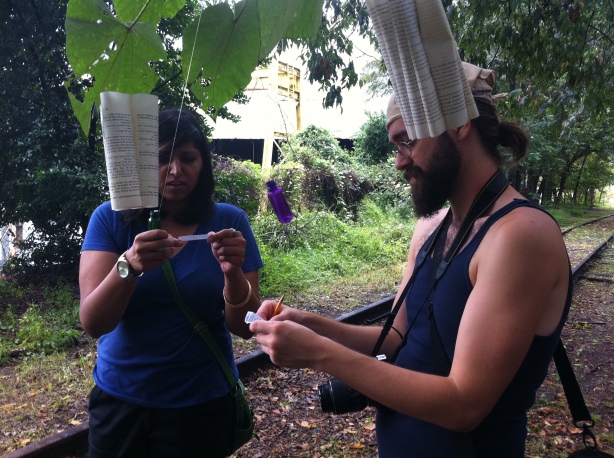