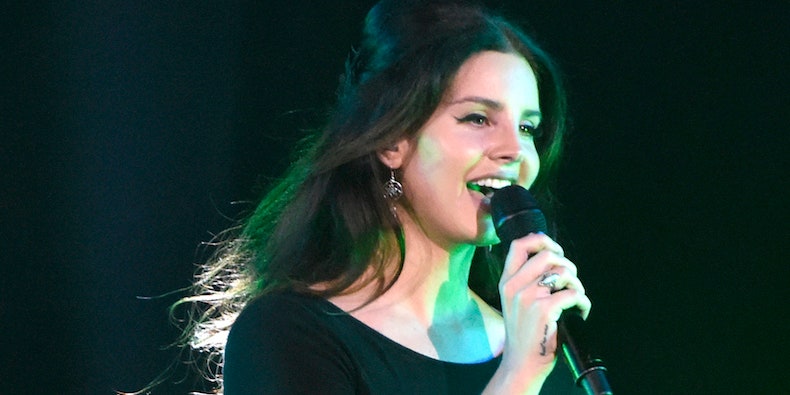 In a press conference in Metuchen that caught political observers by surprise, recording artist Lana Del Rey declared that she would challenge Sen. Bob Menendez (D-NJ) for his seat in the Democratic primary in June.  The scandal-plagued Menendez was recently acquitted for a federal corruption charge related to his friend and contributor, the Florida ophthalmologist Salomon Melgen, and has been seen as vulnerable for reelection in 2018.  However, Republicans have been unable to recruit a formidable candidate, and the announcement by the brooding chanteuse, best known for hits such as “Summertime Sadness” and “West Coast,” seemed to come out of nowhere.  Del Rey said her campaign would focus on jobs and the economy.  “Is it the end of America?” she asked the crowd at her first campaign event.  “Is it the end of America?  No, it’s just the beginning.  If we hold onto hope, we’ll have a happy ending.”