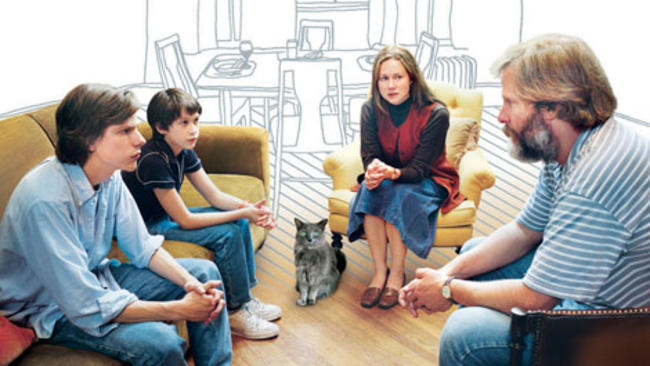 As part of ToM’s Best of 2012 our contributors reflect on books, movies, music, and other pop culture stand-by’s that they discovered this year, no matter when their source of inspiration originated.  That’s right, it’s a vaguely “objet trouvé” Best of 2012.   Art historians everywhere are recoiling. ToM’s Adam Gallagher serves up our second installment.  Click here for part I.

Anyone that even pays a minuscule amount of attention to current events should be given a free pass to a certain type of quiet resignation. Here are a few salient reasons why: Climate change, gun violence killing children in American schools, drone strikes killing children abroad, abject poverty, and metastasizing income inequality. Well, I’ll stop there as the list could surely go on. While the Pollyannaish, like Harvard psychologist Steven Pinker, assert that this is indeed the least violent era in human history, it’s difficult to watch the news—of course, the sensationalism of the media plays a role here—and not get a sense that our society is ripping apart at the seams. Even those of us who feel connected to many of these issues, either for personal or intellectual reasons, can feel remarkably disconnected from reality. Or, maybe that’s just me. Indeed, this disconnect, between a calamitous and violent reality and the quotidian, arguably insipid, existence (for those that are fortunate to not be directly affected by such issues) is not only cognitively jarring, but anxiety inducing. Or, is it the other way around? In other words, is our society sick and crumbling because of human nature or are we anxious and insouciant because of our sick society?

In her 1970 novel Desperate Characters, Paula Fox addresses this question as she tells the story of the disintegrating marriage of two urbane, hyper-educated Brooklyn denizens, Otto and Sophie Brentwood. Otto is a conservative lawyer parting ways with the other partner at his law firm. He resents his partner Charlie for his do-gooder mentality, which Otto views as some sort of pretentious display of unctuous social consciousness. Sophie has made a career out of translating books, but has reached a point where she is so consumed by ennui and indolence that she can hardly read the novels she once translated.

As their marriage begins to fall apart inside their home, they see a crumbling and rotting urban landscape where the fear of crime and vandalism is ever present. Otto’s response is to ignore the disintegration. He is indeed aptly described by the Thoreau quote that inspired the title of the book: “The mass of men lead lives of quiet desperation. What is called resignation is confirmed desperation.” Sophie has more of a penchant for bleeding heart concern. When a drunken man passes out in his own vomit outside their home, she implores Otto to call the police or 911. Otto responds by closing the blinds. Eventually, Sophie’s compassion comes back to bite her, literally. Sophie decides to give a stray cat that has been frequenting their porch a bowl of milk. The potentially rabid cat lunges at Sophie and bites her on the hand. As Sophie becomes increasingly paranoid that she has rabies, the couple, both individually and as a couple, experience several seemingly small, but cumulatively ominous disasters.  The couple’s marriage problems and their minor disasters are juxtaposed with 1960s Brooklyn, replete with crime, decay and societal distrust.

I was introduced to this engrossing novel as I read the novelist Jonathan Franzen’s famous 1996 essay “Perchance to Dream,” or as it is commonly referred to “the Harpers essay.” Franzen aptly describes the tension that animates Fox’s story and the anxiety I discussed above: “By daring to equate a crumbling marriage with a crumbling social order, Fox goes to the heart of an ambiguity that even now I experience almost daily: does the distress I feel derive from some internal sickness of the soul, or is it imposed on me by the sickness of society?” (Franzen 1996, 36). This discussion that Fox brings to fore and Franzen joins in on is redolent of Freud’s comparison of the development of the individual and society. “If the development of civilization has such a far-reaching similarity to the development of the individual and if it employs the same methods, may we not be justified in reaching the diagnosis that, under the influence of cultural urges, some civilizations, or some epochs of civilization—possibly the whole of mankind—have become ‘neurotic’?” (Freud 1961, 110). As Sophie becomes increasingly neurotic in her behavior following the cat bite, the outside world seems to confirm her neurosis. Yet, what Sophie is experiencing is far from what the poor and homeless inhabitants of her city face. After all, the Brentwood’s apartment is lined with volumes of Goethe, they have a Mercedes in the driveway, and a brand new stainless steel kitchen.

What Sophie experiences is a certain type of anxiety, a deep and aching sense of meaninglessness. Sophie’s anxiety, at least in its initial stages is captured well by Heidegger’s discussion of the concept in his massive philosophical tome Being and Time. Heidegger ultimately suggests that “anxiety” is the paradigmatic philosophical mood. For those of less concerned with becoming the next Sartre or Camus, anxiety impels a pervading sense of meaninglessness that is ethereal and seemingly ungraspable. Overwhelmed by this addling anxiety, we start to lose a meaningful grasp of reality. Despite a general recognition of the degradation and crumbling of society, characters like Sophie become myopically focused on their own indeterminate anxiety. Indeed, the very notion that she could be rabid provides a bizarre type of catharsis: “’God, if I am rabid, I am equal to what is outside,’ she [Sophie] said out loud and felt an extraordinary relief  as though, at last, she’d discovered what it was that could create a balance between the quiet, rather vacant progression of the days she spent in this house, and those portents that lit up the dark at the edge of her own existence.” For Sophie, being rabid would at least relieve her anxiety and give her some connection with the social order crumbling around her.

In both the introduction to Desperate Characters and in the “Harpers Essay,” Franzen is effusive in his praise for Fox’s story as an instruction manual for “how to live.” While Sophie and Otto are mainly surrounded by the degradation of their Brooklyn neighborhood, in 2012 we are inundated by crime, violence and crumbling social orders across the globe, arguably exacerbating the disconnect between those who live comfortable lives like the Brentwoods and those bearing the brunt of the dismantlement of society. I won’t discuss how the novel ends, in case any of you plan to read it. But, for anyone experiencing this anxiety and disconnect I’d strongly encourage you to check out Desperate Characters—despite its grocery store romance novel sounding title. It has been one of my favorite obscure findings of 2012—the book was actually out of print for many years. And, while it may have not been quite as important to me as it was for Franzen, it certainly elucidated the tension between domestic tranquility, a crumbling social order and my own concomitant anxiety.